Ras Tafari Renaissance Revelations, continues to be your companion in the unveiling of the Scripture mysteries & we build upon the knowledge acquired ourselves, as well as, others.  But, here we acknowledge the observance, “hebraically” of the significance of what is known as Tu B’Shebat-טו בשבט. 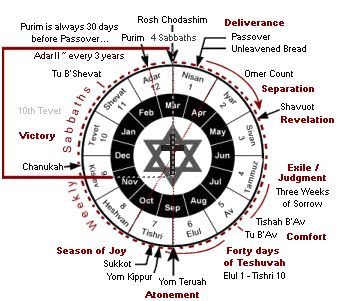 So, really…what is Tu B’Shebat?…..or what does it symbolize?….Tu B’Shebat, is firstly the contemporary/modern Jewish way of saying, “the Fifteenth of Shebat”.(Shebat–שבט, being the eleventh month on the Hebrew Calendar, which is Lunar)

Tu B’Shebat, has been observed by Jewish/Hebraic cultures in the actions of planting fruit, fruit trees, etc.  Seeing as how the Hebraic peoples response in observance with reflection and action; we also see a connection in the timing knowing that the Hebraic Calendar is Lunar.(or centered around the Earth’s Moon)  By Gregorian calculation, which is the calendar used in Western Civilizations(ie. Rome, Western Christendom etc.), the observance of Tu B’Shebat would have to have some correspondence with areas conducive for the act of laying or planting seed.  During May, June, and July, the northern hemisphere is exposed to more direct sunlight because the hemisphere faces the sun. The same is true of the southern hemisphere in November, December, and January.  It is the tilt of the Earth that causes the Sun to be higher in the sky, or to endure longer stay periods, during the summer months in the northern hemisphere which increases the radiation of the Sun. However, due a seasonal lag, June, July, and August are the hottest months(Summer months) in the northern hemisphere and December, January, and February are the hottest months in the southern hemisphere.  So the observance of Tu B’Shebat has been used and is now being used as an ecological for agricultural peoples.

Kabbalisitc teachings, coming from the Medieval Rabbinic periods, also used a seder for an observance of Tu B’Shebat; Fruits and trees of the Land of Israel provided symbolic meaning for the observance.  Keeping themselves intertwined with Mishnaic teachings, which were based off of Biblical/Torah teachings.

“When you come to the land and you plant any tree, you shall treat its fruit as forbidden; for three years it will be forbidden and not eaten. In the fourth year, all of its fruit shall be sanctified to praise the L-RD. In the fifth year, you may eat its fruit.”

Tu B’Shebat is the new year for the purpose of calculating the age of trees for tithing.  The age of a tree planted, is determined from a Hebraic perspective by the day of this observance.  A tree gains a year by the passing of another Tu B’Shebat.  (depending on the date the planter may have sown seed) The institution of Tu B’Shebat is not found in the Torah, but the application of it is in [Lev. 19: 23-25].