RRR commemorates the visit of His Imperial Majesty(Girmawi Negus Nägäst-ግርማዊ ንጉሥ ነገስ) to the descendants of the Exiles, in the Western Hemisphere.  Ras Tafari clearly made their claim to the devotion, and sanctity of the Throne of David within their midst.  Though, the King of Kings of Ethiopia, made his initial visit to the country of Jamaica, when the Ras Tafari movement had its inception and thrival, there where also visits to the surrounding Islands(ex. Trinidad & Tobago, etc. – video link @ conclusion)  and eventually the North country; the United States of America.

We know that Haile Sellassie I, visited places in the West before, especially the USA, but we make a significant notation here because of the mission assumably over-stood for the visitation.  His Imperial Majesty was making the connection with the Exiles of the Trans-Atlantic Slave Trade, removed from their origin and now living in the lands of their desolation.  Ras Tafari, valiantly awaited the King of Kings to greet him with warm welcomes and adoration at the hands of the very prominent Ras Tafari teacher and supposedly a very strong influence in the life the Reggae Legend, Bob Marley(aka Birhane Selassie–ብርሃነ ሰላሴ)፡ … Mortmier Planno.

Haile Sellassie I, spoke with many Ras Tafarians in Jamiaca, like the Honorable Prince Emmanuel I, founder of the Bobo Shanti order(mansion) of Ras Tafari, and many others witnessed the visitation of the King of Kings to the Exiles;

Rita Marley being in the number, while Bob Marley was yet pursuing his musical career in the US(Delaware to be exact)

here are some her own words from the experience:

“Rita Marley says, she converted to the Ras Tafari faith after seeing Haile Selassie in his motorcade en route to the King’s House. She claimed, in interviews and in her book No Woman No Cry, that she had seen a stigmata on Haile Selassie’s hand as he waved to the crowd, and was instantly convinced of his divinity.”

[No Woman, No Cry; Rita Marley] 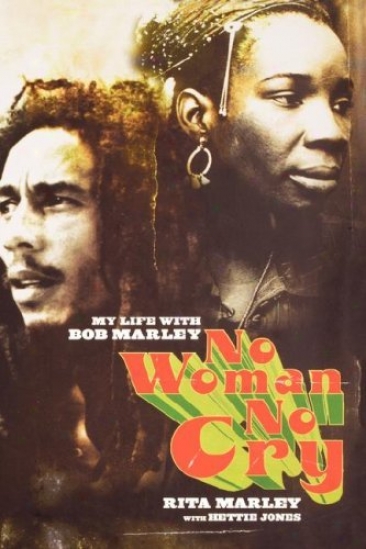 (shouts out to ReggiMusic on YoutTube for the visuals)

Leave a Reply to I Cancel reply