Our Ras Tafari culture & heritage, gives us a discipline to follow so that we retain, our ancestry, spiritually, mentally & physically.  In continuing our studies and bringing about a progressive consciousness, we here at RRR intend to bring about the education and mores of a commendable community acceptable to its Supreme Being and not deviating from the original or true intent of its humble beginnings.  Staying in the lines of that context and adding onto the elements that make up the Ras Tafari collective mentality of the connectivity of this “way of life” that reflects the combination of religious ideals, community accountability, and reaffirmation reinforcement.

Going forward, we continue our studies in the examination of the original historical events of the past which have been tied to religious tradition, we’ve come now to the celebration of the Cḥănūkăh. 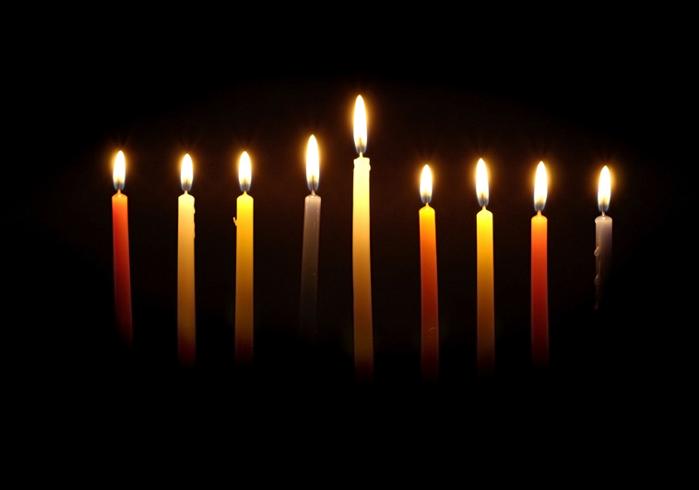 Contrary to the many modern interpretations of this Mōedïm(Appointed Time/Holiday/Holy Day), Ch’anukkah is NOT a western ideological equivalent to “Christmas.”  Throughout the many centuries that have passed since the actual happenings of this significant event, there have been modifications to the recognition of this event.  But, in going bit deeper than what is presented on the surface of available information spread throughout the world today, we find Ch’anukkah to be a shining example and lesson of the struggle for survival of the Hebraic culture & faith.

The Seleucid Empire was established during the time of Alexander the “Great.”  His infantry general, Seleucus I Nicantor, was whom the Empire of the Near East gets its name sake from established tributary dominions in accordance to the Hellenistic Greco period.

During the reign of Alexander the Great, his armies conquered Syria, Egypt and Palestine, but allowed the lands under his control to continue observing their own religions and retain a certain degree of autonomy. Under this relatively benevolent rule, many Hebraic-Judeans assimilated much of Hellenistic culture(Greek), adopting the language, the customs and the dress of the Greeks, in ways like many immigrants adopt to the country of their newly found domicile upon settlement.

More than a century later, one of the four successors of Alexander, Antiochus IV was in control of that region. He began to oppress the Israelites of the region severely, placing a Hellenistic priest in the Temple of Jerusalem, massacring them, prohibiting the practice of the faith as they had centuries before, and desecrating the Temple by requiring the sacrifice not acceptable by the law of YHWH (Hebraic God) taught by Moses on the altar.

This led to outrage for the utter disregard and attempted humiliation of the Israelites of the region.  Two groups then arose and opposed Antiochus: simply a  nationalistic group led by Mattathias the Hasmonean, and his son Judah Maccabee(“the Hammer“), and a religious traditionalist group of that time known as the Chasidim/Chasideans, some interpret them as being the proceeding to the Pharisees (no direct connection to the modern movement known as Chasidic Judaism or Chasidim). The two groups joined into what would be known as the Maccabean Revolt (16 against both the assimilation of the Hellenistic Jews and oppression by the Seleucid Greek government. The revolution succeeded and the Temple was in so many words re- consecration.

So, in summation of the events that brought about the commemoration of the Moedim(Hebraically) of the recognition of Ch’anukkah; it is the cognitive celebration over the victory of the religious, traditional, & “heritage keepers” (so, to speak) over the internal subtle subversion, and the external threats of domination.