Ras Tafari Renaissance writes to give perspective to the Ethiopian-Hebrew(Jewish) holiday of Sigd.  This Hebrew(Jewish) holiday holds specific significance only among the Ethiopian Jews, better known as the “Beta Israel.”  Among many different ethnic Jewish/Hebrew peoples, (taking in specific: geographical location, heritage, preserving of traditional practices, & observances to Torah) there are certain adherents observed, and Sigd seems to be one of those specific adherences pertaining to the Ethiopian Jews. Though, now there are many Ethiopian Jews that have relocated to the State of Israel, & other parts of the world the tradition continues to bear perserverance. 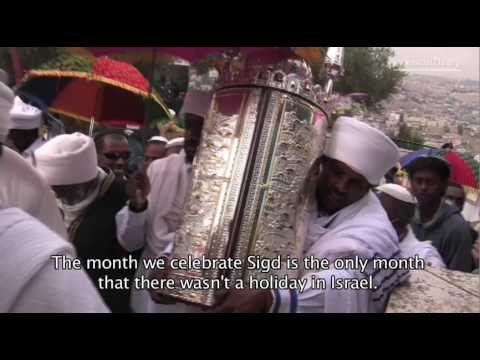 Sigd, is celebrated 50 days after Yom Kippur, marked by fasting, praying, & the entire community walking to the highest point, on a mountain, (in Ethiopia.)  The Qessim(or priests) of the community would carry the Orit(Ethiopic Torah), written in the liturgical language of Ge’ez, and the Book of Nehemiah would be recited.

Sigd, has two oral traditions among the Ethiopian Jews, dating back to the 6th & 15th centuries, respectively.  Sigd symbolizes the acceptance of the Torah. The Qessïm have also maintained a tradition of the holiday arising as a result of persecution by Christian kings, during which the Qessïm retreated into the wilderness to appeal to God for His mercy. Additionally they sought to unify the Beta Israel and prevent them from abandoning what the Ethiopian Jews, or the Beta Israel knew as the ኃይማኖት – CH’aymanot  (laws and traditions of Beta Israel) under persecution. So they looked toward the Book of Nehemiah and were inspired by Ezra‘s presenting the “book of the law of Moses/Torah” before the assembly of Israel after it had been lost to them during Babylonian exile.