I welcome you all to a new regeneration of cycle Torah readings!  This is another one of the many interpretations of the Scriptures from the light of Ras Tafari by, I, Lidj Yefdi (pronounced Lij Yef-dee).

I assure you that if you are patient with me, come with a willing mind and heart(ready to learn), you will receive more than what you might have asked for, in seeking the perspective of a Ras Tafarian’s I-sight (eyesight) if those who actually open up their Bibles to read in a Jewish/Hebrew cycle of readings, & thoroughly discern, have come to seek insight) into the study of the Scriptures.  So,with this Hebrew Shabbot (or Shabbat) we move into the opening of the Torah portion with W(v)a’etcḥanan – וָאֶתְחַנַּן , on the 14th – יד, & on the 15th – טו, of the month of Ab(v) – אָב, in the year of 5781. (the Hebrew Calendar corresponds to a Lunar cycle of the Moon)  From an Ethiopic-Christian perspective and calculation, where the current year is 2013/7513; these readings from the Scriptures would align to what is known (in the same sense) as Lämänhu – ለመንሁ, on the 16th – ፲፮, & on the 17th – ፲፯, of Hämlæy – ሐምሌ.  The Ethiopic calendar, which is solar (with its correspondence to the Sun) aligns to this Sabbath (or Senbet – ሰንበት) in the Ethiopian language of Amharic which is currently one of the languages of the Ethiopian Orthodox Tewahedo Church (the other language being Ge’ez – ግእዝ). 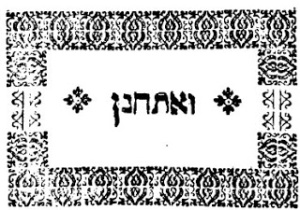 We begin the second reading of the Book of Deuteronomy, with Moses pleading with God for a chance to see the Land of Promise.  For his disobedience to God at the Rock and Waters of Meribah, where Moses struck the rock instead of sanctifying his name (name of YHWH) in the sight of the children of Israel; God told Moses, he would not enter into the Promised Land; but he would be gathered to his people along with the generation of the wandering in the wilderness.  (Wa’etcḥanan-“& I Pleaded“)

Moses knowing that though God favored him in grace, he was still displeased with the Striking of the Rock at the Waters of Meribah.  For his disobedience and the disobedience of the children of Israel that came out of Egypt, during the “Exodus,” he remembers that God said that he, along with that generation would not enter into the Promised Land.

God, instead allows Moses to go up atop Pisgah, & view the land, but God also instructs Moses to encourage Joshua, because he shall lead the children of Israel in to the land.

Moses was also instructed by God to stress the emphasis on keeping God’s laws, statutes, commandments, & judgments that they were taught.  The children of Israel were to hearken to those laws & teach them to their children, also to the following generations.  The children of Israel were to never turn to worship, or the works of the hands(or idols).

The children of Israel were instructed to heed of the covenant with God, which they received at Mount Sinai.  Failure to do so would result in the punishments or judgments, for disobedience. (ie; the scattering of the people among many other nations, and serving idol gods, etc.{Duet. 4: 27 & 28})

Moses, then set up the Cities of Refuge, which God had command bet put in place.  So, Moses severed three cities: Bezer, in the wilderness, Ramoth, in Gilead, & Golan, in Bashan.

& Moses also reminded the children of Israel, of the covenant, which God made with them, while they were at the mountain of Sinai.  Whereas, the Decalogue was iterated to them as apart of the laws, statutes, commandments and judgments, they were to keep & teach to the following generations.

All the laws, statutes, commandments and judgments of God, were the children of Israel to learn, & teach to their children.  Even the Word of Witness(or the Shem’a), they were to hear, observe & do; that it would be well with the, and that they would increase in the Land of Promise. 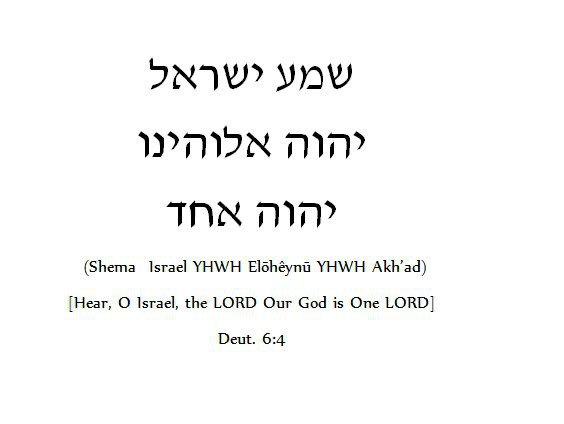 & with the Word of Witness, the children of Israel were given, they were also instructed to love God with all their heart, soul, & strength(might).

& they were to love their neighbors, as themselves, having these words not only come from their mouths, but be in their hearts. 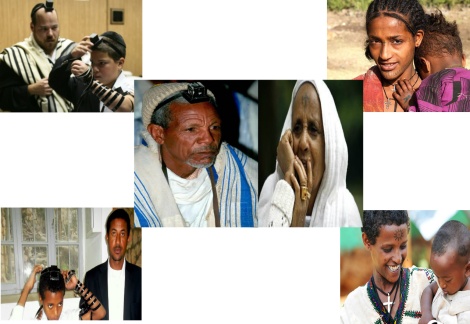 NEW PRINTED EDITION!!! AVAILABLE (Outside of Ethiopia)! The official “AMHARIC DICTIONARY OF THE HOLY BIBLE.” Originally compiled as a study companion to the 1961-62′ Authorized Revised Amharic Bible, during the times H.I.M. Haile Sellassie I of Ethiopia, sometimes referred to as the “Emperor’s Bible.” This revised and reloaded edition printed from Valiancy Publishing continues the tradition of Ethiopian Orthodox-Tewahedo Christianity intense study &; application of the Holy Bible. *Now available* in a free shareware document or pdf., printable document format.