So,with this Hebrew Shabbot(or Sabbath day) if those who actually open up their Bibles to read in a Jewish/Hebrew cycle of readings, & thoroughly discern, have come to the opening of  the Torah portions with W(V)aYeshe(v)b – וַיֵּשֶׁב.  On the Jewish or Hebraic Calendar in this year 5777, this Sabbath day would probably fall on the 23rd – כג, & on the 24th – כד, of the month of Kislew(v) – כִּסְלֵו, for this week, in this mode of study;  for those out in the diaspora or outside of Jerusalem/Israel.  (The Hebrew Calendar corresponds to a Lunar cycle of the Moon) &, from an Ethiopic-Christian perspective, in what may be known as the year 2009/2029/7509, on the Ethiopic calendar.  This calculation, with its readings from the Scriptures, would align to the 13th – ፲፫, & the 14th – ፲፬, of the month of Tah’sas – ታኅሣሥ.  In the Scriptures, this portion of study would also be known as TeQ’emeT’e – ተቀመጠ.  The Ethiopic calendar is solar (with its correspondence to the Sun) aligns to this Sabbath (or Senbet-ሰንበት) in the Ethiopian language of Amharic, which is currently one of the languages of the Ethiopian Orthodox Tewahedo Church (the other language being Ge’ez-(ግእዝ).

This kifil(portion) of the study of the Scriptures, deals with the stories of the lives of the B’nei Ysrael(or the sons of Israel-Jacob). 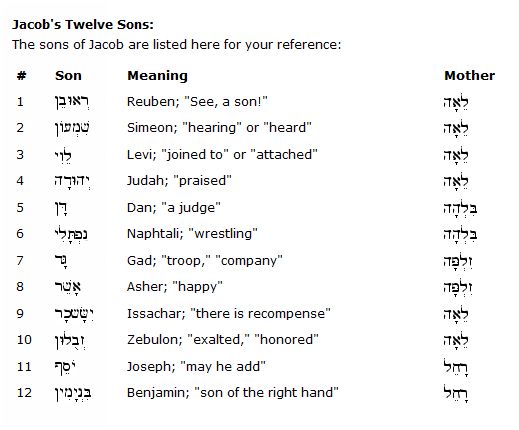 …each of them having a particular situation they had to deal with, in specific intervals of time, in their lives…

For instance, from the past parsha/kifil(portion), of W(V)ayishlaKH’-Lake’, Simeon & Levi, Jacob-Israel‘s sons by Leah, slew the Shechemites for the rape of their sister, Dinah.

Benjamin, the youngest, is born of Jacob-Israel‘s wife, Rachel, but his birth goes “hand-in-hand” with Rachel‘s passing. (leaving him as the “baby of the family” & attracting much of Jacob‘s attention)

Now, in this portion of the study, Jacob-Israel settled in the land of Canaan.  While in Canaan, Joseph, Jacob-Israel‘s elder son of Rachel, is adorned by his father with a beautiful coat with an array of colors and designs.  The love, Joseph received from his father evoked the jealousy of his brothers, & the ability to tune into the dreams and visions, which God continued to send him, did no better for Joseph, pertaining to his brother’s envy.

Joseph‘s brothers were in Shechem feeding their flocks, & Jacob sent Joseph, to join them.  But, because of their envy, Joseph’s brothers sought an opportunity and plotted against him(Joseph), to the point that they considered killing him.

Now, in an interim, from the story of Joseph; his brother, Judah marries a Canaanite woman, whom was the daughter of Shua.  The daughter of Shua bore Judah, three sons: Er, Onan &, Shelah.  After the disobedience and deaths of the first two sons, Judah was left to care for his daughter-in-law, Tamar, whom had married his firstborn son, Er.  Onan, was to take on responsibility of being the caretaker, & his brother’s keeper, in the matters of his sister-in-law, Tamar, but he(Onan) rejected the responsibility; & provoked God to punish him.  So, Judah, as her(Tamar) father-in-law, proposed that she return to her family, & await until Shelah; Judah‘s youngest was to come of age, so that he may assume the position of being his brother’s keeper.

Shelah grew, but he was not given to Tamar, for a husband.  So, she plotted to make Judah acknowledge that he had wronged her, in that his arrangement, responsibility, & commitment to her as a father-in-law, had not been kept.

So, returning to Joseph‘s story; he ends up in Egypt, as a servant to Potiphar, a captain of the Egyptian guard.  Joseph, while in servitude, is blessed by God that even the Egyptians sense that there is something special about him.  Joseph finds himself in charge of the many things that someone of his status just hadn’t been able to attain.  But, of course, a challenge to his continued success was inevitable.  So, the wife of Potiphar, is enamored by Joseph, & continuously tried to persuade him to sleep with her: but, he resisted her, every time.  But, in one instance, Potiphar was on leave from his home leaving Joseph in charge of all that he had.  Potiphar, trusting Joseph, but Potiphar‘s wife, saw a chance to seize the opportunity to get Joseph all to herself.  Joseph, again refused her, but she forced herself upon him, to the point that he had to flee from her, leaving his garment in her hand.  She being ashamed & angered at Joseph, made false accusations, but turned the words in Potiphar‘s guards and Potiphar‘s ears so that Joseph, found himself in the prisons of Egypt, for betrayal, among other accusations.

But, while in prison, Joseph is still favored by God, for staying steadfast even in the midst of his adversity; he receives the responsibility that not many would’ve as a prisoner, interpreting dreams and visions, like the ones he had as a child in the land of Canaan.