I assure you that if you are patient with me, come with a willing mind and heart(ready to learn), you will receive more than what you might have asked for, in seeking the perspective of a Ras Tafarian’s I-sight (eyesight) if those who actually open up their Bibles to read in a Jewish/Hebrew cycle of readings, & thoroughly discern, have come to seek insight) into the study of the Scriptures.  So,with this Hebrew Shabbot (or Shabbat) we move into the opening of the Torah portion with Ph(F)ïncḥas – פִּינְחָס, on the 23rd – כג , & the 24th – כד , of the month of Tammuz – תמוז, in the year of 5776. (the Hebrew Calendar corresponds to a Lunar cycle of the Moon)  From an Ethiopic-Christian perspective and calculation, where the current year is 2008/7508; these readings from the Scriptures would align to what is known, also as Feenḥas – ፊንሐስ, on the 22nd – ፳፪, & on the 23rd – ፳፫, of the month (ወርኀ) of Hämlæy – ሐምሌ.  The Ethiopic calendar, which is solar (with its correspondence to the Sun) aligns to this Sabbath (or Senbet – ሰንበት) in the Ethiopian language of Amharic which is currently one of the languages of the Ethiopian Orthodox Tewahedo Church (the other language being Ge’ez – ግእዝ).

In this study, we continue in the accordance to the last portion.(Balak)  After what had become the Heresy of Baal-Peor, Phineas, the son of Eleazar, and the grandson of Aaron(Moses’ brother), lead in a moments notice, with zealot acts.

Phineas, in which this parsha study is named, from the Hebrew and the Ethiopic Amharic, had slain a Midianitish woman, who’s name was Cozbi, and a Simeonite prince of Israel; who’s name was Zimri.   These two, along with many others partook in the turning away from God, in the sin of Baal-Peor.  Phineas, had stood up for Israel, turning God’s wrath away from them because of his zealous act and understanding of the covenant that was to be kept, between Israel & YHWH.

So, in a sense, because Phineas was willing to give his all to his God & for his people; seeing as how the Moabites and Midianites had conspired against Israel to bring them out of the favor of God; Phineas even went to the extent of going to war for God and them(children of Israel).  Phineas’ actions coupled with his faith as well, opened the door in which God gave a Covenant of Peace.  He and his those of his lineage would partake in it, continuing the Priesthood, among the lineage of Aaron(Moses’ brother).

Moses, was then instructed by God to take an account(census), for the second time, of the children of Israel, by family(or tribal lineage). [other census was taken in Numbers Chpt. 1: 1-16]

Because, of the waywardness of Israel’s faithfulness to God, their numbers dwindled and grew in spurts, while in the wilderness.  (ie. the Golden Calf, the Rebellion of Korah, and at this point; post- the Heresy of Baal-Peor…not forgetting the other instances withing Israel while in the wilderness)  So, Moses was instructed to take Eleazar, the High Priest(son of Aaron; father of Phineas), and number the children of Israel, once again, for God had said the because of the disobedience of this people, they should not enter into my rest.  But the children that would come after them would partake in the covenant, made the Abraham, Isaac & Jacob; albeit that those children of the generation of the Exodus from Egypt, would uphold the covenant and abide by the laws, commandments and statutes of God. 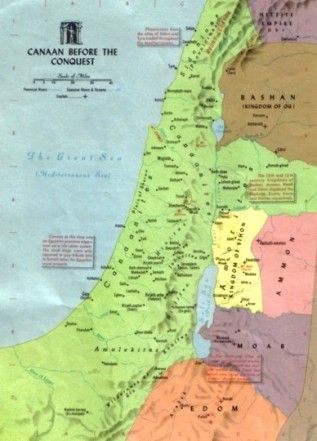 The children of Israel, were numbered by their tribal lineages, for the second time, by Moses and Eleazar; for God was preparing to bring the children of the Israelites, who made the Exodus from Egypt to the wilderness; into the Land that was Promised.

At this point, when the children of Israel, were receiving their plots and inheritances of the land, the Daughters of Zelophehad, came to Moses and the congregation in attempt to procure, the inheritance due to their father, who had passed & had no son pass his lineage to; for he(Zelophehad) had five daughters.  Usually, the children of Israel made it customary for the son to inherit the lot of his father’s.

Moses, in sincerity, took the Daughters of Zelophehad’s case to God, & God explained to Moses that though the children of Israel kept customary morals, the Daughters of Zelophehad had a very probable case.  God instructed to grant the daughters the plot that was to be allotted to their father, had he bear a son, whom would carry on his lineage among Israel.  From then on, it would not be a question whether or not a man bear a son to inherit his plot; because, the laws for possessing an inheritance from one parents among Israel, would not only come as a responsibility to the male children among Israel, but the responsibility would also come to the daughters, as well.

God then spoke to Moses, saying, go up to Mount Abarim, and see the land which will give to the children of Israel, to dwell.  Moses, could view the land from afar, but he couldn’t enter in, because of his disobedience at the waters of Meribah, in Kadesh(when Moses struck the ROCK); so Moses would be gathered to his people, along with the generation that wandered in the wilderness.

Moses, spoke to God, atop Mount Abarim, requesting that he appoint the children of Israel, another who would succeed him in leading the Israel into the Promised Land. 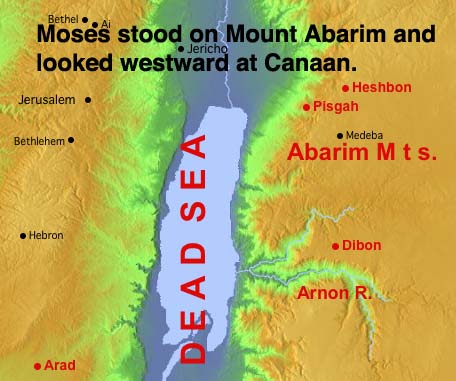 There God said to Moses, that Joshua, the son of Nun, should succeed him, in leading the children of Israel into the Promised Land.  Moses was to take Joshua, in front of Eleazar, the High Priest, and before the congregation of all the Hebrews to give him the charge & honour in the place of himself. (Moses)

Fourteenth/Fifteenth of the First Month(Passover) & the (feast of Unleavened Bread) [Numb. 28: 16-25]