So, with this Hebrew Shabbot(or Sabbath day) if those who actually open up their Bibles to read in a Jewish/Hebrew cycle of readings, & thoroughly discern, nonetheless studied either the Torah portion of BeKH’ukotai-בְּחֻקֹּתַי, from a Jewish/Hebrew mode of study for those out in the diaspora, living outside of Jerusalem or Israel.  From the Jewish or Hebraic Calendar in the 5774 this Sabbath day would probably fall on the, 16th-טז, & the 17th-יז, of the month of Iyar-אִייָר. [“Iyar,” from its Shemitic root is an Akkadian name “Ayarru“- which has a literal meaning in English as “blossom or to blossom“; Iyar is also referred to as “Zi(w)v–זיו“= from its Hebrew origin means, “to light or glow“]  (the Hebrew Calendar corresponds to a Lunar cycle of the Moon) From an Ethiopic-Christian perspective and calculation these readings from the Scriptures would align to what is known as BeS’autæy-በሥርዓቴ, on the 8th-፰, & the 9th-፱, of the month(ወርኀ) of G’nbot-ግንቦት.  The Ethiopic calendar, which is solar (with its correspondence to the Sun) aligns to this Sabbath (or Senbet-ሰንበት) in the Ethiopian language of Amharic which is currently one of the languages of the Ethiopian Orthodox Tewahedo Church(the other language being Ge’ez-ግእዝ).

In this literal English meanings, come to a congruency in the phrases of: “in my order/statutes,” or “by my decrees.”  In this study portion of the Scriptures, the children of Israel, main concern should’ve been the upkeep of YHWH’s laws and commandments, which clearly spoken by the God of Israel, would yield abundance, peace and security.

Obedience to the wills of the good influence of the God of Israel, upon the Hebrews would also rain in due season, land that would be plentiful, peace throughout all of the land, none would be able to intimidate them, and enemies would flee from them for they would know that the power of YHWH rested with the children of Israel.

Disobedience, of course, was another story entirely, as obvious as it may or may not seem.  Disobedience would lead the children of Israel into a array of dismay.  Destruction, desolation, drought, disorderly conduct almost without any control of any outcome.  Not to mention the dispersion and disruption of their growing and bustling communities of families. 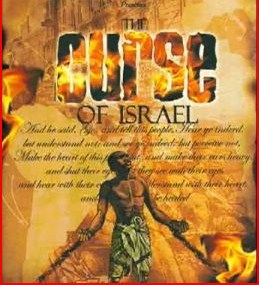 If Israel were not to keep the commandments then Judgment was of a surety.  For disobedience, Israel, would endure terror, consumption and constant illness.  They would be scattered among their adversaries.

Israel’s redemption, would only come if the Hebrews were to confess their iniquity and the iniquity of their fathers, in their trespassing against God’s covenant.  Acceptance of their faults in bringing God’s wrath upon them; only then would the covenant be remembered, as well as, the people and the land be healed.