I assure you that if you are patient with me, come with a willing mind and heart(ready to learn), you will receive more than what you might have asked for in seeking the perspective of a Ras Tafarian’s I-sight (eyesight) into the study of the Scriptures.

So,with this Hebrew Shabbot(or Sabbath day) if those who actually open up their Bibles to read in a Jewish/Hebrew cycle of readings, & thoroughly discern, have more than likely have come to the Torah portion of Bamidbar-בְּמִדְבַּר  , for this week, in this mode of study; for those out in the diaspora or outside of Jerusalem or Israel.  From the Jewish or Hebraic Calendar in the year 5773 this Sabbath day would probably fall on the 1st & 2nd of the month of Siw(v)an-סִיוָן . (The Hebrew Calendar corresponds to a Lunar cycle of the Moon) but,  from an Ethiopic-Christian perspective and calculation these readings from the Scriptures would align to what is known as Midre Beda-ምድረ በዳ, on the 2nd(፪) & 3rd(፫)day of ወርኀ(month)- ግንቦት(Ginbot).  The Ethiopic calendar, which is solar (with its correspondence to the Sun) aligns to this Sabbath (or Senbet-ሰንበት) in the Ethiopian language of Amharic which is currently one of the languages of the Ethiopian Orthodox Tewahedo Church(the other language being Ge’ez-ግእዝ).

As we go forward, in our studies, we’ve come to another book in the Torah.  This parsha study has brought us to Bamidbar(translated into English as; Numbers; or Midbar-מִדְבַּר =pasture/open field/desert, & Ba(e’)= בְּ , with Midbar, making the Hebrew word BaMidbar, either meaning, “In the Book of Numbers,” or “In the wilderness“)/the same in the Ethiopian-Amharic language with the word, Midre Beda-ምድረ በዳ= “the wilderness”.

In this study of the Scriptures, God speaks to Moses and tells him to number the children of Israel, by the generations out of the houses of their families(by Tribal origin).  Moses and Aaron, then take what might be known, in today’s society, as a census of the Israelites; while they’re in the wilderness of Sinai.

The Biblical references more than likely only mention the males(in some cases, it is because of the degeneration of the Scriptures’ translation & significance; but it should be noted that a focus on the male mentioning is because of the males’ responsibilities to his family: to protect, provide, & procure tranquil & secure surroundings for those they love and care for.)

This numbering of the tribes was to acknowledge and put in order the able bodies (especially the men), who were fit to go to war for Israel, if the time saw fit.  In taking in account, for the numbers of the people who came from specific lineages, it was then set into place that there should be an order by which the Tribes Of Israel, should align themselves in accordance to.  God wielded the specifics to Moses, and instructed him to take the tribes and order them in his fashion/order;  Moses & his brother, Aaron, did so. [Numb. 1: 17-49]

Moses & Aaron, numbered the children of Israel, then appointed heads of the households from the tribes.(…twelve men, each of their father’s house…) 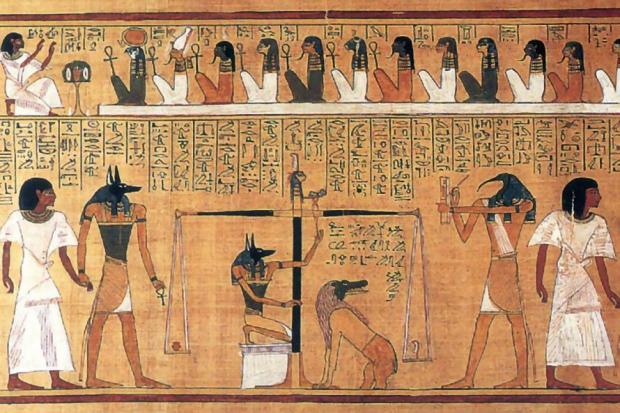 Moses & Aaron also received instructions from God, not to number the tribe of Lew(v)i with the rest of the children of Israel.  They were to have a separate responsibility among the people.  Just as they were to administer the duties of priests in Israel, in the Tabernacle, they were to continue in that way.  The tribes were then assembled orderly into an encampment around the Tabernacle. [Numb. 1:49- 2:34]

In this encampment every tribe would raise a standard(or banner), with an ensign for the tribes. [Numb. 2: 1-32]

Moses & Aaron, were to also assemble the Tribe of Le(w)i and consecrate them to keep the charge of Aaron(the High Priest), and for the entire congregation of Israel.  They were to keep the instruments of the Tabernacle and perform the service for the congregation. [Numb. 3 & 4]