Greetings in the names of their Imperial Majesties, Empress Menen Asfaw & Emperor Haile Sellassie I, of Ethiopia.

This is Lidj Yefdi, bringing you, yet another post from Ras Tafari Renaissance. I sincerely appreciate all of the positive vibes and feedback I’ve received from those who have reasoned & spoken well of the postings here. MAY JAH DELIVER MY GRATITUDE & BLESS, YOU ALL EXCEEDINGLY!

I, sincerely hope everyone who took the time to recognize, remember and recall the Passover for this season enjoyed themselves in God[JAH]’s grace & will receive his blessing in due time.

For those who do not enjoin themselves to Judaic or Hebraic ways of life or perspectives; Passover, is a “high holy day,” & a memorial to the those who see it as such[esp. the Israelites]. Passover, whom many may recall from Hollywood’s depiction in the “Ten Commandments,” featuring Charlton Heston,
is a commemoration of the Exodus from Egypt. It story can be recounted from the Biblical Book of Exodus, itself.

Though, I will surely delve deeper into the details of the Passover and its significance, along with its adherents in another post, but, here I would like to present the main topic and keep attention to the focal point of this second installation of **For the Daughters Of Zion**.

For the daughters, hopefully this Passover memorial should’ve been a very special & intimate event. If it was,…then, I, Lidj Yefdi, send my greetings and respects to the opened I’z(eyes) of the truly blessed Ras Tafari daughters, and ones alike. To the brothers, if it was so fitting, along with the telling of the story of the Exodus from Egypt, which is known by the Hebraic perspective as the Maggid(pronounced=Ma’Geed)- מגיד

This Passover memorial has a great significance to the children of Israel because it just so happens that the beginning of this year’s Passover has a tri-fold of spiritual abundance. Why,…you say????

1) As I already explained, the Passover is commemorated by the Israelites being brought out of Egypt by the mighty hand of God. There was also sacred ordering of the entire community of Hebrews, which was to take place to show the dedication of the Hebrews to God; this included the Passover Seder-סדר פסח.

2) This Passover also calls to remembrance of the Israelites, the Paschal Lamb, and the “ultimate sacrifice,” of Christ the Messhiah, whom also shared a Passover Seder with the twelve apostles, which can also be known today as the “Last Supper.” 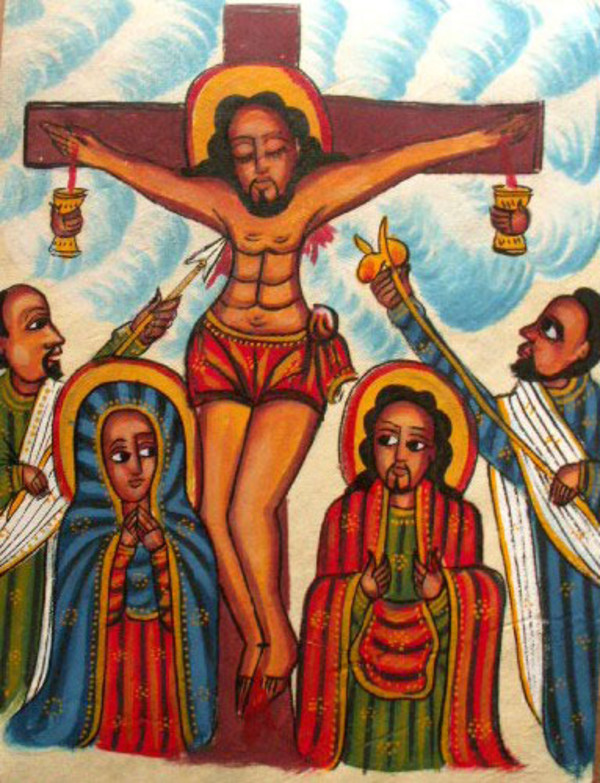 3) In the year of the (Ethiopic 2005 A.D.-7505 E.C.), this year’s Passover coincides with Her Imperial Highness’; the Queen of Queens of Ethiopia, Empress Menen Asfaw’s Baptism.

This stands as monumental in Ras Tafari, here at Ras Tafari Renaissance mainly because the teachings of the Holy Scriptures clearly states in Matthew 12:42, and in Luke 11:31, that the Queen of the South shall rise with this generation. Now, the Queen of the South, obviously, from diligent investigation of Scripture has its inception with the Queen of Sheba, & as Ras Tafari children of King Solomon, it should be made clear that Empress Menen’s assumes that position.{in the Ancient of Days-in JAH}

So, to the Daughters of Zion, Ras Tafari bredrin salute you for your dedication to the restoration of OUR DIVINE HERITAGE, in whatever way you’ve seen fit to contribute. To ALL women of the world, “Emancipate yourselves from mental slavery,…none but yourselves can free you own minds.”_Redemption Song-Bob Marley(ብርሃነ ሰላሴ)

EVER FORWARD, BECAUSE JAH LIVE CHILDREN!!!!!!